Avoid the Flu Shot? Why?

Why Avoid the Flu Shot This (and Every) Season

Since it’s flu shot season we have a valuable, scientifically-based recommendation regarding getting the flu shot: don’t! Why? The flu shot is dangerous and ineffective. It’s especially dangerous if you’re pregnant because it can cause spontaneous abortion (miscarriage) or can increase the chances you’ll have a 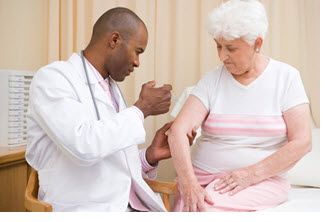 child with autism. Why would anyone think something so dangerous is safe for anyone else?
In addition to the above dangers, the flu shot has also been linked to paralysis, narcolepsy and many other conditions. It is one of the most commonly reported vaccines that cause serious reactions. Also, it doesn’t work. Do yourself and your family a favor, don’t get a flu shot. Here’s supporting documentation (below).

The US Centers for Disease Control (CDC) released a study that reviewed data comparing pregnant and non-pregnant women who received flu shots. (2)
It was discovered that women who got the flu shot (IIV) in the 2010-2011 season were 3.7 times more likely to experience a spontaneous abortion (miscarriage) within 28 days than women not receiving the vaccine. However, if a pregnant woman had received the H1N1 vaccine in the previous flu season her chance of having a spontaneous abortion was 7.7 times greater than pregnant women who did not receive the shot. This danger has been confirmed in another study. (3)
As if that weren’t bad enough:
Autism after influenza vaccine
Pregnant women who got the flu shot in the first trimester of pregnancy were 25% more likely to give birth to a child diagnosed with autism spectrum disorder (ASD). It should be kept in mind that the flu vaccine contains 25 micrograms of mercury via thimerosal. (4)