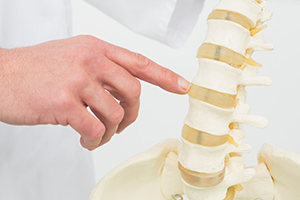 There seems to be no limit to the health problems that respond to chiropractic care. How many people suffering, on drugs, facing a life of limitation could be helped by a chiropractor? Probably most of them.

A 6-year-old girl was suffering from difficulties in concentration and learning since beginning school over a year prior. She also suffered from severe stomach pain for over two months that was diagnosed as “abdominal migraines”. She received weekly care over a period of six weeks.

A 43-year-old man complaining of left-sided low back pain that radiated down to the left leg, down the lateral calf, to the foot and heel came in for chiropractic care. He rated the pain as 8 out of 10. He was unable to work or sleep through the night.

An MRI revealed a left lower spine (L4-L5) disc protrusion. To make things worse, a disc fragment was extruding out of the spine. MDs recommended an epidural block or low back surgery.

The patient had received treatment via prescription drugs prior to the office visit. The patient had been prescribed Advil 200 mg, Percocet 5 mg-325 mg, Valium 5 mg and Tramadol; none of which took away the pain.

Upon a friend’s recommendation, the patient decided to visit a chiropractor. The patient was cared for with spinal adjustments over the course of 15 visits over 5 weeks. By that time he was able to work 12-hour days feeling slightly stiff and was able to sleep through the night without pain. He was also able to sit and lay down without any pain. His slight remaining pain at the one-month point of care was rated as only a 2 out of 10, and his muscle strength and movement were greatly improved.

A 63-year-old woman suffered for 10-years with right-sided Meniere’s Disease with tinnitus, severe hearing loss and vertigo. Her chiropractor found a vertebral subluxation complex of the first cervical vertebra (atlas or C1).

The patient came one year after surgeons cut her vestibular nerve in an unsuccessful attempt to cure her. After her atlas vertebra was adjusted her Meniere’s symptoms reduced. She will probably not heal completely because of the surgical cutting of the vestibular nerve.

Make an appointment today to find out more about Dr. Jeff Meyers, a chiropractor in Omaha, can help you!