How can Chiropractic Help Scoliosis, Parkinson’s and Neck Pain? 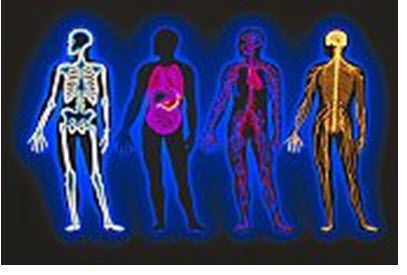 Chiropractic clinical case histories have been a regular feature of our patient newsletter since its inception. There seems to be no limit to the health problems that respond to chiropractic care. How many people suffering, on drugs, facing a life of limitation could be helped by chiropractic care?

Probably most of them.

This is the case report of a 43-year-old woman suffering from neck and mid-back pain and stiffness, migraines, shoulder pain, low energy and decreased performance of activities of daily living. She had undergone a surgical fusion of her neck (cervical spine) to help her symptoms, but after the surgery, her symptoms remained.

The woman received chiropractic care 36 times over 3 months and follow up X-rays showed improvement in neck curve and posture. Her head was sitting atop her spine in a more balanced position.

She reported improvements in neck and mid-back pain/stiffness, shoulder pain, energy levels, the performance of activities of daily living, and frequency, duration, and severity of migraine episodes. (7) 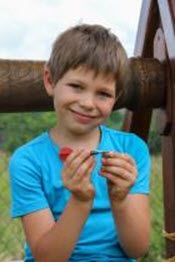 boy was brought in by his parents because of a recent diagnosis of scoliosis. His mother was worried about the diagnosis especially since the orthopedic surgeon told her that he should wear a brace because the curve was worsening: the angle of his scoliosis (Cobb angle) was measured at 25°. The mother decided to seek an alternative approach. The child had no pain or other complaints.

Chiropractic examination revealed subluxations in the cervical and thoracic spine as well as in the sacrum. The child was seen three times a week for a total of 16 visits.

After the adjustments, he was X-rayed again. His scoliosis (Cobb angle) decreased over 50%, from 25° to 11°. In addition, his high left shoulder was level and the muscle tone in his mid-back was more relaxed (less hypertonicity). The child continues to receive weekly chiropractic visits and future improvements are expected. (8)

This is the case of a 76-year-old man with Parkinson’s disease. He came to the office with right-sided tremors, memory loss, balance issues, constant leg pain, occasional poor circulation, and decreased muscular strength. He needed to use a walker. He had been diagnosed with Parkinson’s Disease by his neurologist in 2010 and was taking 10 doses of leva-dopa a day.

A chiropractic analysis revealed the patient to have many postural distortions in addition to an upper cervical (C-1) subluxation that was affecting his brain stem.

After the first adjustment, the patient no longer needed a walker and his tremors decreased.

He continues care and his tremors and other Parkinson’s symptoms continue to lessen. His neurologist decreased his medication by 50%. He remains under care. (9)

If you would like to find out more about how Chiropractic Care can help you with these and many other issues, contact us today!