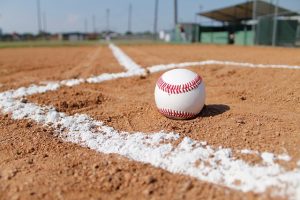 Minnesota Twins pitcher Kyle Gibson has seen the chiropractic light. Gibson described the problem by saying, “There were a couple starts where I didn’t sit down in between innings because if I sat down, my hips just got tight.”

The Twins relief pitcher, Trevor May, also suffered back problems. At first, he saw the chiropractor occasionally, with limited results, but after getting more regular adjustments, his condition greatly improved. “My hips were really, really out of line. Seeing a chiropractor consistently has helped me make sure I’m getting readjusted and staying in line as much as possible.”

The Florida Marlins pitchers Adam Conley, Jarred Cosart and Wei-Yin Chen also receives chiropractic care to improve their game. Chen, who signed an $80-million-dollar contract with the Marlins commented how chiropractic helps him by saying that he “…noticed a huge difference in recovery time between pitching days.”

Chiropractic care brings balance, strength, and coordination by correcting subluxations and removing or reducing interference. With greater balance and nerve communication athletes under chiropractic care can perform at their highest level. (3)

We all agree that your theory is crazy, but is it crazy enough? Niels Bohr, Nobel Prize in Physics, 1922

In this world, there are only two tragedies. One is not getting what one wants, and the other is getting it. Oscar Wilde, in Lady Windermere’s Fan (1892)